Did you ever have one of those weeks where you’re pretty sure you live in “Crazy?!?” Toward the end of my week I could only laugh, thinking my adventures were totally a Facebook post!

Before you dash off to my Facebook page, I’ll confess I never made the post. No matter the wording, it just sounded like TMI (too much information). You know, like when a former high school classmate that you haven’t seen since graduation starts posting graphic pictures of their recent surgery. Com’on, you all know what I’m talking about. Not wanting to be “that” person, I decided my “Crazy” was more suited for a blog post. So lucky readers, please enjoy my saga of crazy…..

It all started last Sunday afternoon. The family filled the SUV for the brief ride home from church. As the car warmed up and the heater was turned on, the strange noise began. Something was caught in the heater fan…..again!

Seemingly innocent, I know, but a few months ago our mechanic had retrieved some napkins that had unknowingly been sucked down the vent. We had gone a couple of months with a chilly car until we got it into the mechanic. As a description of the problem came with the mechanics scowl, my husband was determined he’d try to fix the problem himself this time.

As we were busy preparing to host an event, repairs to the blower motor were postponed. Unexpectedly, our days ended up being filled to capacity. We prepared and hosted a backyard BBQ. We tested and wrapped up our homeschool year. Errands were run and shopping was done. Text messaging flooded in and the phone rang off the hook with calls from family and friends as drama was afoot.

Although the weather was pleasant, by midweek the littles were complaining of riding in a stuffy car with no blowing air. Despite encouraging them to be content in all situations, I had to admit the car was stuffy and smelly and I willingly cracked the windows.

As the weekend approached I was thankful to be preparing for a weekend trip AWAY for my nieces graduation. A road trip meant the fan needed fixed, and I needed to give the car a good clean out. As each day passed that I used the car, it was clear to me that someone had dropped a snack under a seat or maybe the back needed a good wipe down from the dogs last ride. The reliable family car was smelling too much like smelly feet and forgotten snacks. Who knew a lack of air flow could reveal so much…..

Our last evening home my husband had time to work on the blower motor. Seeing his lower half hanging out of the front passenger side was cause to investigate. The poor man was squished into a space that his size clearly was not intended to fit. Before I could stop myself, I made the mistake of asking how it was going. With a look he explained that he was reaching under the dashboard to fix the problem. At that I quietly went away.

To my surprise it wasn’t long before repairs were complete. I had errands to run so was thrilled….initially. My husband explained that there was indeed an obstruction, but instead of napkins, it was a mouse. No, really, I’ll type it again. MOUSE! I do not know, nor want to know, how a mouse got into my car and died in the blower fan. For you Beverly Clearly fans, I will say that we’re pretty sure it was not Ralph. Magoo, who takes after his father, put forth his best sarcastic tone when asking if it could have been Ralph. We assured him that we did not see a motorcycle.

I would like to say the excitement was over with the cleared fan, but no, oh no….. As I went about my evening errands, I was instructed to run the fan to “blow it out.” A whole new smell filled the car. The windows were more than cracked on my outing. I don’t usually like the wind blown look of my hair, but at that moment I was stylin’.

Have you seen those Febreeze commercials? Where they blindfold people and test the ability of the product to cover bad smells?? Well, I was ready to test the integrity of Febreeze!! I couldn’t find any of their car products, so just bought a large bottle in a lavender scent. I sprayed!! About a half a bottle later, I left the car to sit overnight.

I am happy to report, in the morning, the car smelled of lavender. Go Febreeze!! As we drove the dog to the kennel I turned the fan on low and could again smell a faint foul odor. Maybe it was psychological from my drive the night before, after all I did have foul scented nightmares, but I wasn’t taking chances. In the car products I had found and purchased a three pack of hanging lavender air fresheners by Glade, just in case I would need them. I hung all three!!!

As we drove to visit family I was delighted by the overwhelming smell of lavender. Despite some comment my husband made about overkill, I was in a happy lavender place!

We made it to my nieces graduation. I am so proud of her!!

My four oldest nieces gave me permission to post a picture of them. I told them I was writing about our trip. I may have failed to mention that the story began with a dead stinky mouse in the car blower fan……oops! 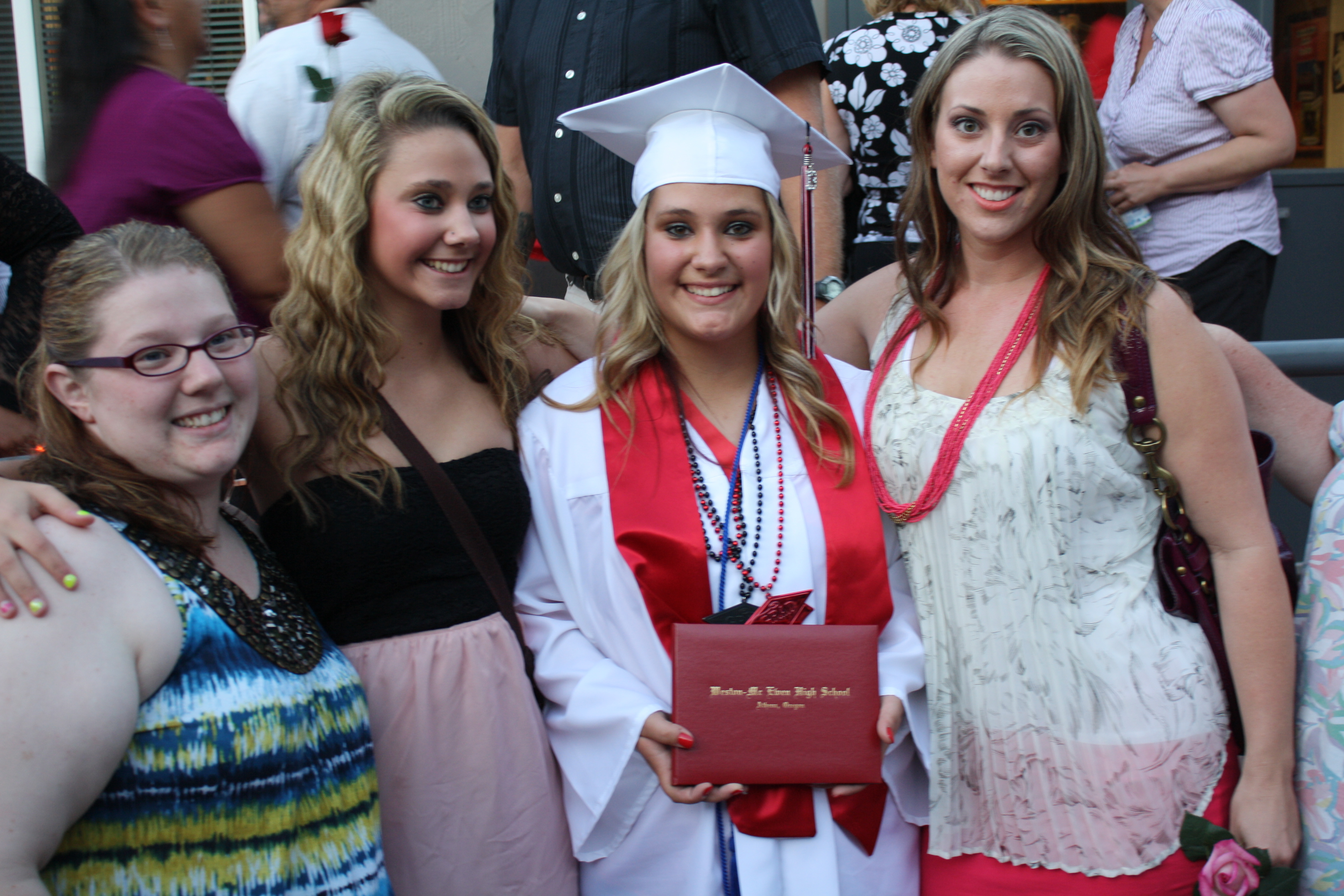 Love you girls….ladies! I am so proud of the women you have become!! You are all so beautiful!!

Have you been to Crazy? It’s at the crossroad of funny smells and family dysfunction. I wish I could get there more often!!