I never imagined I would be “that” blogger. You know, the one writing an open letter to a large company, ranting about my concerns. Yet, here we are. 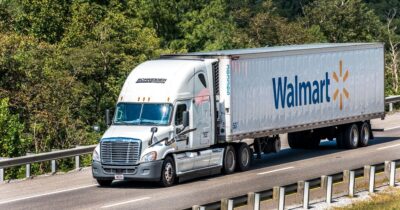 In truth Walmart, I usually like your stores. I admit I don’t care for the crowds you sometimes draw and find the social media pictures of some of your customers to be disturbingly true. That aside, your prices are low to competitive, and you usually have the product I’m seeking.

My concern occurred during a recent shopping spree. My daughter was about to celebrate a birthday, and her brothers were excited to search out the perfect gift. They hoped to top last year’s pink Nerf gun and the invigorating Nerf battle that ensued. They had perused the Sunday shopping ads and amid pictures of a pink Nerf bow and Lego Friends, they were sure you held the best hope for their quest.

Like I expect from almost every other child, my boys glowed with excitement when entering the toy department. They wasted no time locating the Lego aisle and selfishly took a few minutes to marvel over the newest superhero sets. With some help, they remembered the goal of their shopping trip and began scanning box after box down the aisle. When they found no Lego friends or other blocks in their sister’s favorite colors, they moved over an aisle to the Nerf products. They were not long into their search when I began to see looks of disappointment and concern. There was nothing special on the shelves they wanted to give as a gift.

In defeat, we considered our shopping options. One son was ready to go to another store and the other wanted to price an animal robot toy he thought might be in the doll section. I followed along as they trudged through your toy department.

In all honesty, I had no hope while moving to the doll section. My daughter’s favorite colors might be pink and purple, but she does not play with dolls. She only has older brothers and has always enjoyed engaging in whatever they were playing. The one Christmas she asked for a doll, I was overjoyed. When weeks went by and she didn’t play with it, I questioned why she had asked for it. She explained she had wanted it for when her friends came over, as she knew they would like it.

I don’t mind my daughter’s choice of toys. I’m not a parent that pushes gender issues in one direction or the other. I’m just a mom that wants to allow my daughter to learn and grow and become the woman God wants her to be.

As my boys and I entered an aisle containing dolls, we were surprised to find the Lego Friends, pink Nerf guns, and even a pink Air Storm Firetek Bow. We walked back and forth several times while comparing different Lego sets, and  Nerf bows over the Firetek. After some discussion, they decided the price of the bow was more in their Christmas budget and settled on a Lego Friends set that included horses. Although they had reasoned they all would like the horses, I secretly believe the boys were nervous their little sister would outshoot them with a bow if she had one of her own.

My amusement over their reasoning was short-lived. You see Walmart, my inquisitive sons voiced the questions I had chosen only to think. They asked me, “Why aren’t the pink Legos and Nerf’s with the rest? Why are they separate? Is it just because they’re pink? Wouldn’t it be easier to compare and decide if they were all together?”

With one son in particular not easily satisfied with a vague answer, I’m writing to you Walmart. Oh, I tried to suggest it all had something to do with sales and marketing but was met with further questions. I attempted to do some brief searches for sales statistics based on retail store layout, but I did not find an answer. Finally, I assured my boys that if a seven-year-old girl could write Lego to question why there were not female figures as scientists or females going on adventures, and Lego responded with a product change, we could ask Walmart about their store’s toy department layout. So Walmart, why is there a separate section for pink toys?

Oh, and beings I’m writing, can you tell me why the women’s intimate apparel is directly next to the boy’s socks and underwear? I won’t begin to tell you the interesting questions I’ve had from my sons about that.