Yesterday I chatted briefly with my neighbor when crossing my yard to my car. She was busy planting and cleaning around her yard, and looked to be in a rush with her tasks. She gave me a bright smile and a quick wave as she stated she was busy getting the house and yard ready for her daughters high school graduation party. I waved back and said something about it being better her then me with all there would be to do. It wasn’t what I wanted to say. It wasn’t what I meant. If I had I spoken what was in my heart, I would had said “I wish it were me!”

So often grief and time do not make sense to me. I’ve always heard that time heals all wounds, but I have not found that to be true.  I recently read a quote by Rose Kennedy that I think is more accurate.

It has been said, ‘time heals all wounds.’ I do not agree. The wounds remain. In time, the mind, protecting its sanity, covers them with scar tissue and the pain lessens. But it is never gone.

Although I have great comfort in knowing my son Alexx is with Jesus, I miss him. The day of his birth, and the anniversary of his passing are when I find I miss him the most.  When his birthday passed this year, I considered how he would have been a high school senior. I’ve never wanted to think about the “what ifs” so brushed the thought away. 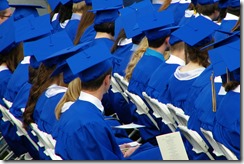 Recently I read a local article listing names of this years graduates. I recognized several of the names and was flooded with emotion. How could the sweet small second grade children of my memories be ready to graduate…. Yes, grief is a funny thing. It does not recognize the boundaries of time. It does not care about the opinion of polite society where death is rarely discussed. Grief is empty.

My son lived the life that God had planned for him. During the many months of his illness, God used my grief to grow my faith. Although I prayed for a miracle of healing, I found myself preparing my son to die. So often I prayed that God would heal him, but in the depth of my heart I knew his healing would come when he entered eternity.

As Alexx’s health deteriorated, he was placed on medication to help slow the growth of the cancer. A side effect of the medication was intense hunger. One night, he was up for a late ice cream snack. Firmly believing children should not have ice cream alone, late at night, we each enjoyed a chilly bowl.

As I watched Alexx delight in extra chocolate sauce, I had commented that I sure hoped God wanted to heal him soon. He paused for a moment, looked at me with a tenderness beyond his few years, and quietly said, “Mom, God wants to heal me. He just wants to heal me in heaven. There’s no cancer in heaven.”

We ate our ice cream in silence for several minutes as I fought back tears. Feeling like the role of parent and child had somehow changed, I tried to reason with my son and told him I wanted him to grow up. Right here. He responded simply, “Jesus wants me to grow up too. He just wants me to grow up in heaven.”

Our late night snack ended with laughter as we imagined what school might be like in heaven. Alexx assured me Jesus would definitely not have a dreadful yellow math folder like his second grade teacher.

Toward the end of Alexx’s illness he requested a meeting with our pastor as he wanted to discuss his funeral arrangements. He had heard some of his friends were afraid for him, and he did not want them to be sad. He knew he was going to heaven and he was not afraid. He also wanted to make sure he saw everyone again, and wanted the pastor to be sure to tell everyone about his Jesus. His message was clearly communicated when friends and family gathered to celebrate his life.

Today I remember the class of sweet small second graders that were so special to my son. They are now young men and women, ending their childhoods to begin their next steps in life. I am so excited for them. I pray they each pursue the destiny that God has laid out before them. I pray they remember the message of a childhood friend, and that one day they see him again. 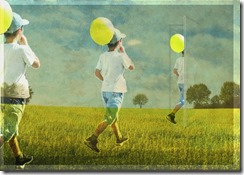