The last time we took a vacation was the summer of 2009. At least it qualified as a vacation to me. We went out of town to a friend’s wedding and made it an extended weekend to enjoy a little family time. What do you think, is that a vacation??

When my husband told me about training he had to attend in Portland Oregon, and suggested the kids and I come along, I was all for it. Although dad would be in class most of the day, getting away from home felt like we were going on vacation.

I had visions of rest and relaxation. Well, sort of. I actually had visions of no cooking, no house cleaning, no dirty dishes in the sink, no laundry, and the list goes on. Mostly I was just excited for the time away from home and hoping for some fun adventures. Knowing dad would be in training and I would be single-handedly managing the littles, I was all about making a plan. I searched online for kid friendly attractions, I printed directions from our hotel location to my planned locations and I set about contacting a couple of relatives that lived in the area.

Despite a late night arrival, dad made it off early to training and the littles were up and ready for the Oregon Zoo. The weather was crazy hot for the area and quite humid, but we pressed on. Although the directions I had pre-printed got us lost, I eventually found my way back to the freeway and was able to follow the zoo signs. Once there, I navigated the littles through the exhibits with grace I would compare to herding cats. 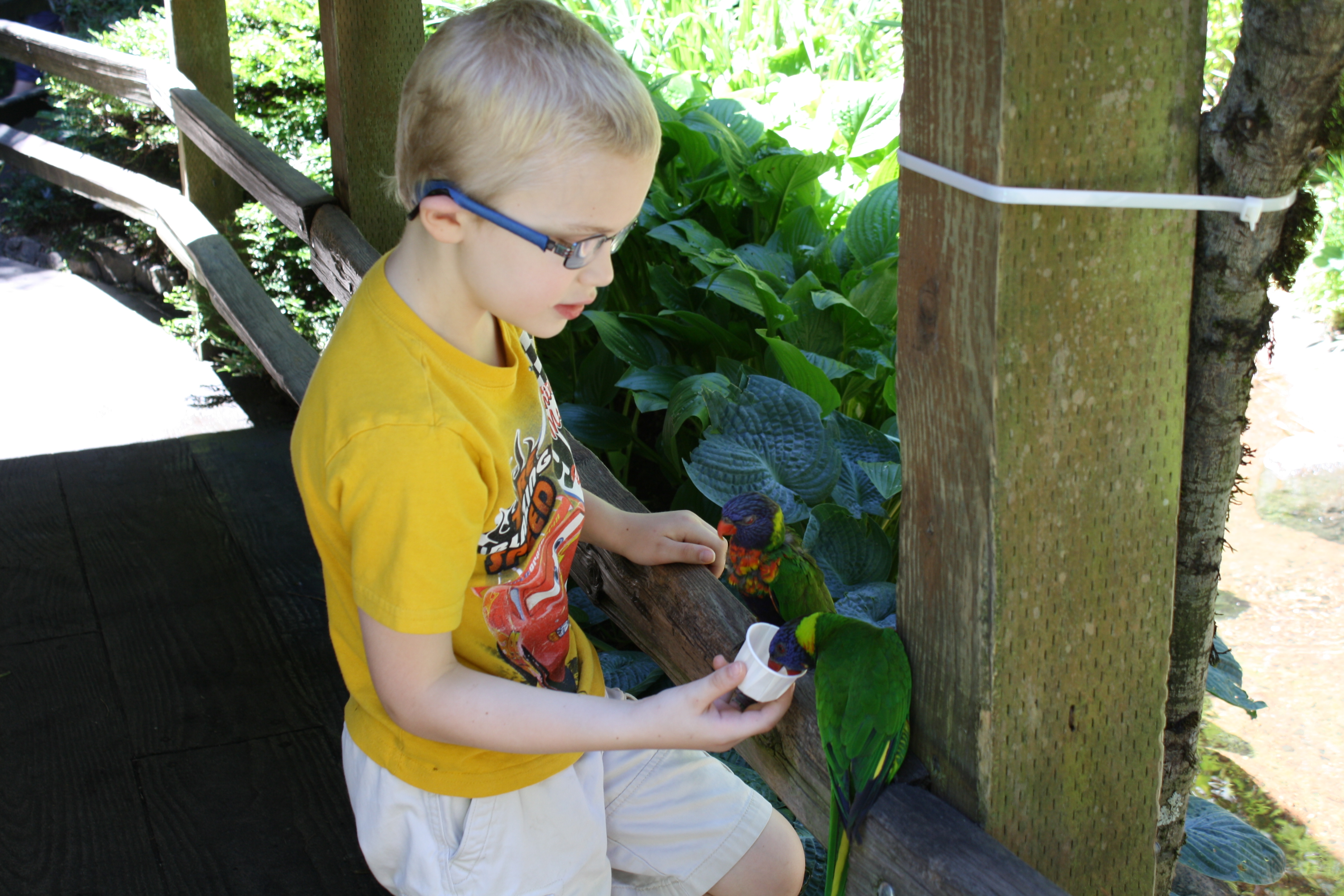 We enjoyed all the zoo offered and ended our afternoon in the air-conditioned hotel room. The littles donned their swim suits upon dads arrival from class and we followed my pre-printed directions to a park themed after the characters of books by Beverly Clearly. 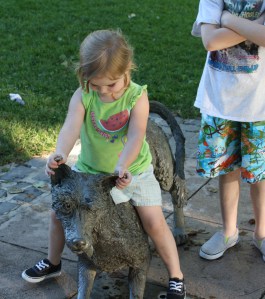 The online description spoke of fountains around statues of Henry Higgins and Ribsy. Sadly the unusually hot temperatures must have exhausted the parks water supply as we arrived to a wet but non-functioning fountain. The littles were only slightly excited to see life-sized statues of their favorite literary characters.

The morning of day two was beautifully sunny and hot. I had seen a sign for Krispy Kreme the day prior, and we set out for it. Although I had eaten a Krispy Kreme donut before, I had never previously been inside one of the stores that I can recall. As three eager little faces pressed against the display glass, an employee smiled faintly and wordlessly passed me three Krispy Kreme hats while patiently waiting for the littles to make their selections. With a tray of donuts, milks, and a very large coffee, my little crew was ready to start the day. 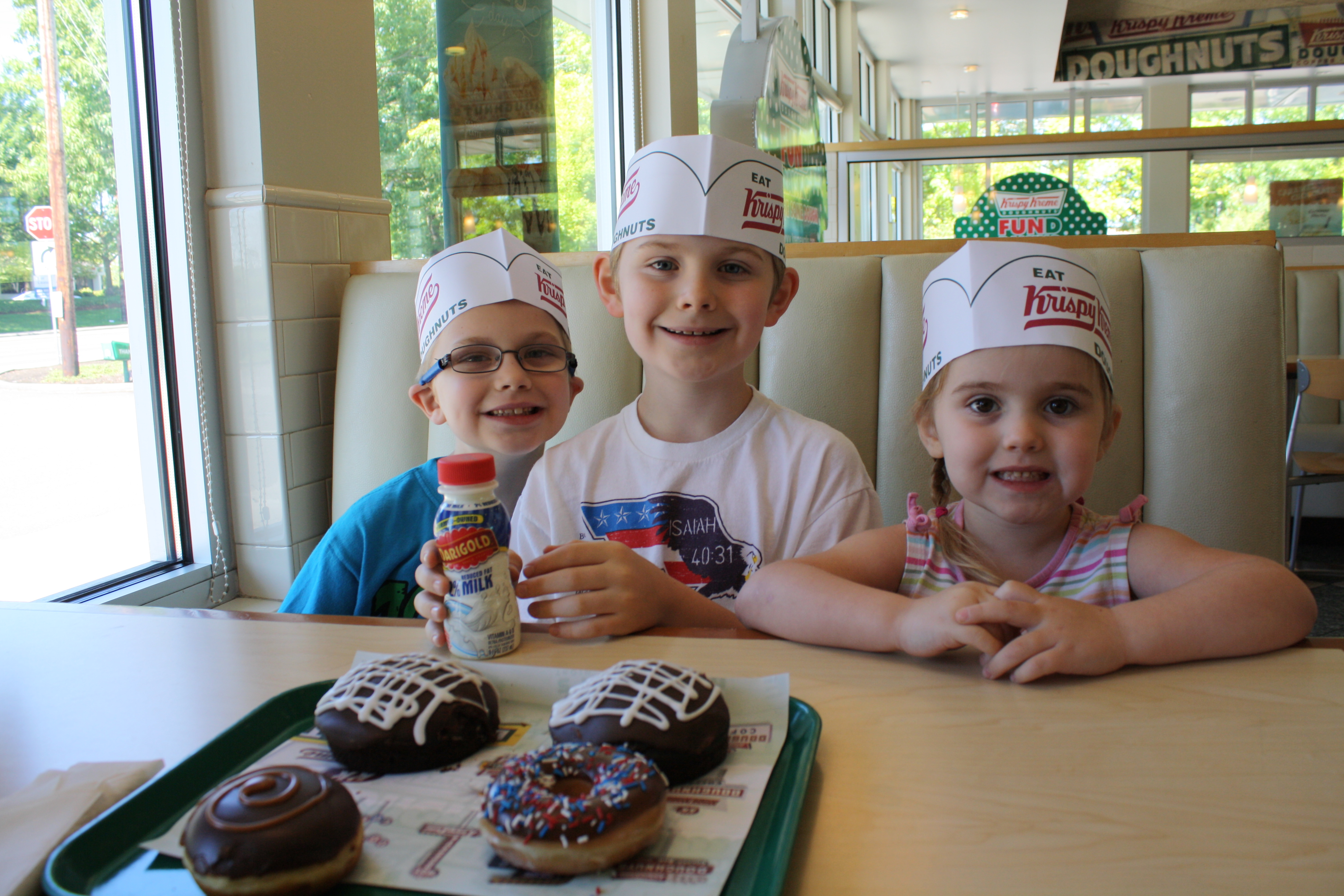 No sooner were our treats consumed then the littles were drawn to a viewing window to watch first hand how the donuts were made. From start to finish, we were delighted to watch an employee process a batch of apple fritters. Throughout the process the littles discussed their theories of how the fritters would be cooked, were wowed when the machine flipped them over, and were drooling when the frosting spray was turned off and each fritter was individually drenched in gooey sweetness. The ultimate prize came when the employee suddenly appeared with a fresh apple fritter for us to try. She insisted the littles earned it as they had supervised the process from start to finish. She graciously took time to answer a couple of questions. She even presented Columbo with a math problem by answering his question of how many donuts they made. Just that morning they had made 200 dozen donuts. As we shared the fritter, Magoo began to laugh while gazing through the viewing window. When I questioned him he explained that with the song change on the radio one of the guys in the back began playing an air guitar and then went back to work. Magoo even offered me a bit of a demonstration. Overall, we had such a wonderful time that the littles insisted we return on our last day as dad would be able to join us.

With an incredibly delicious sweet breakfast, we were off to the Portland Children’s Museum. I had been concerned the activities might not be interesting  for Columbo, but found that was not the case. In fact I found myself correcting him several times to stop trying to take over by directing everyone around him. Not uncommon as, despite a much older sibling, he has a strong first-born personality. At one activity I was about to tell him to back off when a girl about his age informed him, “Stop it! You’re not the boss!!” I sat down, rather amused, until I heard a voice directed at me. A still small voice clearly said “Just play.”

I am so thankful that even when I’m on vacation, God is not! He’s always there! Even when I try to take over and make everything work in my own strength, He’s there. I just have to listen. I was so concerned about getting away, resting, relaxing, planning….I forgot to just enjoy the time and play. So, I played! I was the customer at the kids grocery and  restaurant. 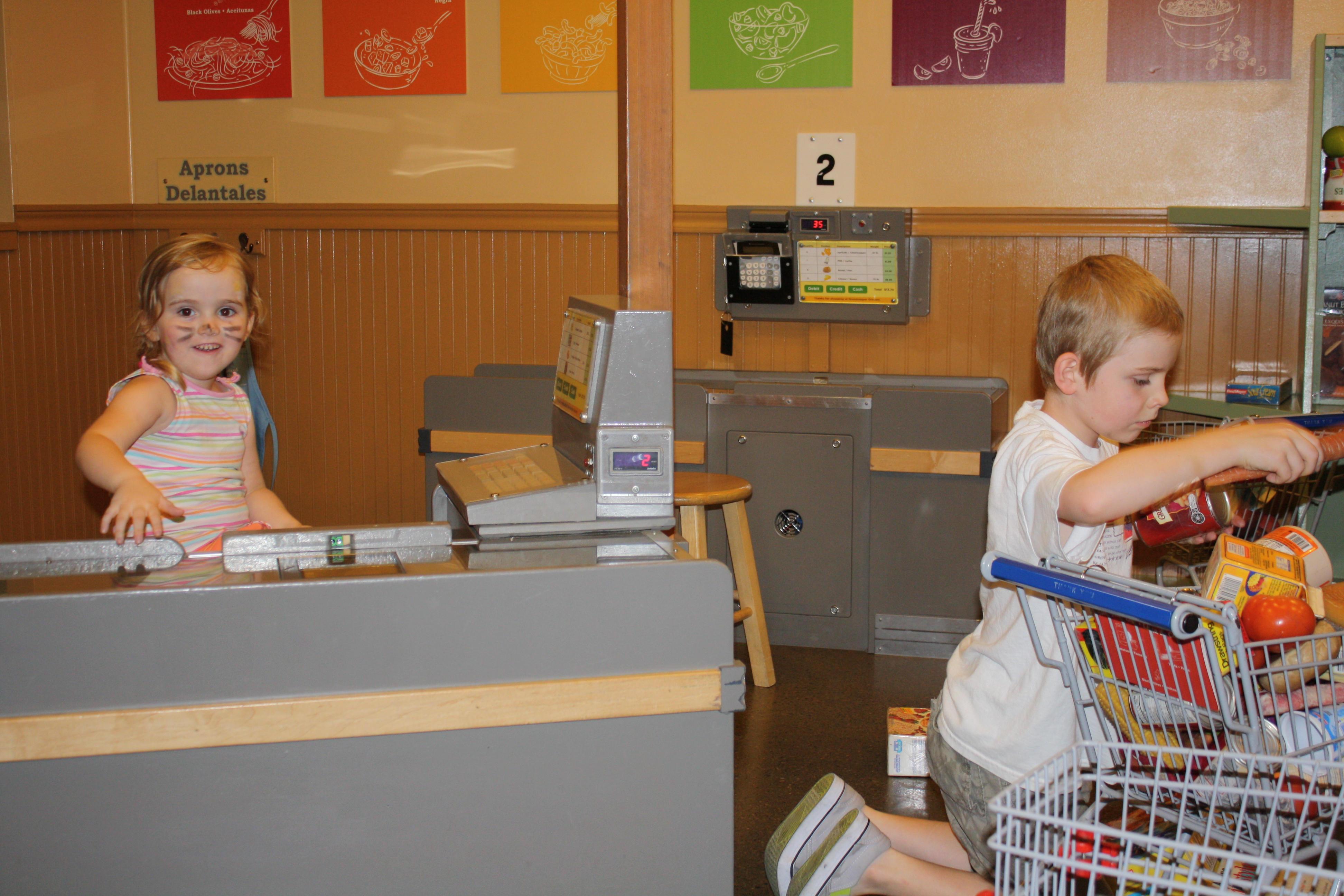 I was the audience at the children’s theater. I watched Columbo and Little Bear entertain a crowd with their crazy stand up comedy act. 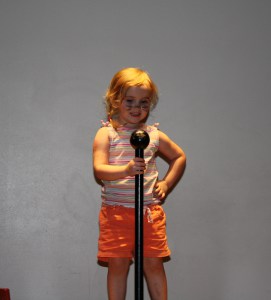 I met another vacationing homeschool mom and had a delightful conversation. I was on vacation and enjoying it.

The littles did take dad to Krispy Kreme on our final day. After we all enjoyed donuts the littles eagerly showed dad the machines behind the viewing window and explained how they worked.

Once home I was back to laundry, cooking, house cleaning and all the responsibilities of a mom. I have not forgotten what I learned on vacation. I am reminding myself to play. If a good song comes on the radio, who knows, I may even dust off my air guitar.