We’ve moved!!! Not a cyber move, but we’ve physically moved our family. Several months ago, we set aside planning our traditional relaxed summer activities to prepare to move. With a job change for my husband, we began our summer by decluttering our home and completing projects to put it on the market.

Although I had hoped to enjoy a few relaxed summer days prior to selling our house, that is not at all what happened. For a period of about a month we experienced multiple showings, almost daily. Each morning I tidied the house and frantically hustled out with the kids and dog in tow. When children begin to complain of fast food and time at the park, you know you’re ready to be done!

During our adventure of selling our home, we also experienced some unexpected challenges. Our car engine blew up, a door was damaged, appliances had issues and much more. When Little Bear broke out in chicken pox only days before the home inspection, I had to stop and just laugh.

Moving can be overwhelming. Moving with kids and pets after multiple years in the same home, is crazy overwhelming. Although we searched for a new home, we had no certain destination once we sold our house. Some of my friends were in a bit of a panic for me. Most proclaimed encouragement that God would provide something amazing, and they quoted scripture in support.

Only one friend offered a different support. When I told her of surprisingly finding a hospital pen light from one of Alexx’s hospital stays, she asked about packing those surprise items that had been his. I would have no need to open and unpack them in a new home. She shared with me a time her family had moved and had both tent camped and lived out of a motel due to lack of housing. “It’s hard,” she had said. She spoke words of truth. Despite an experience of hardship, she also shared God’s faithfulness during that difficult time.

I felt some excitement to be moving, but there was also sadness. As we sorted and packed, I was flooded with years of memories. We had sent Shadow off into the world, faced cancer, and welcomed three new babies while in our home. Yes, there were many memories to pack. 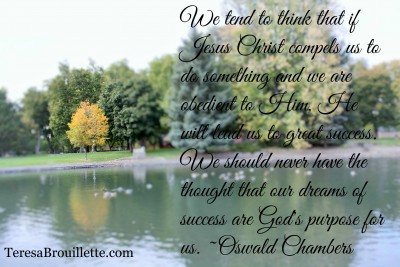 Recently the children and I walked to a park in our new community, and observed the nature changes of the fall season. The squirrels were busy storing for winter and leaves on trees were changing colors. I couldn’t help but consider the changes in our own lives.

We did not arrive into a new community and immediately settle into a new home. No, we moved our household belongings into a storage unit and moved the family into a motel room. Thankfully the cat and guinea pig had other temporary housing arrangements, but the dog and our little family of five found a motel. Of course there is nothing like a motel room with a tiny coffee pot, cable TV, and large restless dog, to bring a family closer together…..said with some sarcasm.

When we felt led to move, I had no idea it would require so many tiring weeks of home showings, box packing, house searching, hotel room living, kid encouraging, fast food eating…. All that aside, there was much to be thankful for. We were together and had accommodations. We were blessed by new people we met and the new community we were exploring. I was amused by some of the littles’ new experiences. I now firmly believe every childhood should have at least one laundromat experience.

Despite my effort to be optimistic, despite my resolve to apply scriptural truths, I was struggling. I prayed. I put on a smile and moved through the motions. I’m a rule follower, and that’s always been the unspoken rule in women’s church circles. If you seek help or show a weakness, it implies a lack of faith that remains on your spiritual scorecard. So I followed the rules. I went through the motions on the outside, but was bleeding to death internally.

Somewhere in the midst of the blessings and chaos, I had a moment. I was driving in the car, kids in the back seat and dog in the space behind them. The radio was blaring. The kids were chattering about what our next destination might be, and somewhat pleadingly asked if we’d been gone long enough from our room to be out of the way of the maids. We just wanted to go home, but we didn’t have one. In all that noise, it all that emotion, I heard a still small voice say, “It’s okay not to be okay.”

With a housing market offering limited options, it was a few weeks before we found a pet friendly rental. We found a small cute home, with a cute little yard, on a busy road. The Sunday after we moved marked the anniversary of Alexx’s death. What would have been a family day in years past, was a day attending a new church. It was okay not to be okay.

Our rental home is smaller, so there has been unpacking, sorting, and repacking to decide what is needed and what can remain in storage. The home is located on a busy street and several nights the littles have been up late, struggling to sleep through the road noise. Each of them has experienced tears and requests to just go home. Although I validated their feelings and spoke words of encouragement, I secretly wanted to cry along with them. It was okay not to be okay.

God always meets me where I am. He’s in my good moments, and my struggles. He does not keep a scorecard. I want His purpose for me!

God is not working toward a particular finish— His purpose is the process itself. What He desires for me is that I see “Him walking on the sea” with no shore, no success, nor goal in sight, but simply having the absolute certainty that everything is all right because I see “Him walking on the sea” (Mark 6:49). It is the process, not the outcome, that is glorifying to God. ~Oswald Chambers, My Utmost For His Highest July 28

We are thankful for Gods provision. We are together in a warm home. We have a small space for our homeschool classroom, and are finding routine as we settle in a new home. We look forward to exploring our new community and making new friends. It’s okay not to be okay. For now it’s part of the process. I am keeping my focus on Him, and I do see Him walking on the sea.