When reading scripture I often compare references of storms to trials of life. This week’s review crew writing challenge was simply “rain and God’s reign.” With a storm there is usually rain, so that is where my thoughts settled.  The more I pondered, the more words eluded me.

Jesus calmed a storm when he was awakened from sleep in Mark 4:35-41. The account tells how the terrified disciples woke him when a furious squall came up and waves were breaking over the boat. Jesus rebuked the wind and spoke to the waves. Although a squall can bring rain, it is defined as a sudden violent gust of wind.

Peter walked out to Jesus on the water as told in Matthew 14:22-36. When he saw the wind he became afraid and began to sink. The account does not indicate there was rain, but in my mind’s eye, I imagined there was.

As I prayerfully considered God’s reign, I thought of how Jesus calmed the storm and how He reached out and caught Peter. I believe the disciples must have experienced feelings of great peace in those moments. As I considered it all, a song began to play through my mind stirring a long-ago memory, and words began to flow. 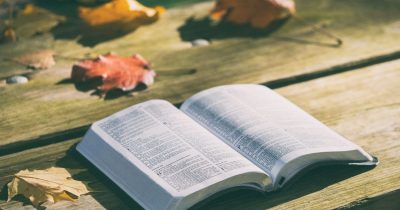 I watched motionless as nurses bustled around my son. He looked so small and frightened on the hospital bed. One moment the nurses spoke in quiet gentle tones to him, the next they spoke to each other as they struggled to find a vein.

Blood finally was drawn, they covered him in warm blankets and were gone. I stroked the hair across his forehead and gave him a gentle kiss. He let out a quiet sigh and drifted to sleep.

“Oh, Lord-” I tried to silently pray, but I had no words.

A soft knock came from the door as it slowly opened. The doctor entered the room. I was struck by how much his evening had been interrupted. The tie of his tuxedo hung loosely around his neck where his collar was loosened. One of his cuff links caught the light, and the other was missing. He glanced over at my sleeping son and quietly introduced himself. “I-I don’t have good news,” he stammered.

Although I tried to listen carefully, I struggled to process his words. He sounded so apologetic. He would not hold my gaze. I felt so exhausted by the medical terms that began to swirl through my head.

As the discussion was drawing to an end, I slowly stood to stretch my back.

“For what it’s worth, it’s not hereditary,” the doctor said, as he motioned with his eyes to my protruding stomach. His tone held deep emotion. He seemed sorry to have said it.

My husband looked at me as the doctor left the room. He tried to speak. Taking a step toward me, he fell into my arms and quietly sobbed. I had never seen my husband sob. “It’s okay, we are going to fight this,” I whispered over and over.

I spent the night at the hospital. Laying on a cot that was set up for me, I listened to my son’s rhythmic breathing. “Oh, Lord-” I tried to pray, but again I had no words.

My husband returned in the morning insisting I take a break to go home. I felt strange leaving alone. I moved mechanically through the halls. It felt dreamlike. “Oh, Lord-” I tried to pray. But no words came.

Driving out of the parking garage, the radio suddenly began to play as the reception cleared. I was only vaguely aware of it. News. Weather. I wasn’t interested. Stopping at an intersection, I waited for cars to pass. The intro of a song began to play. Soft gentle notes. I had never heard it before, yet it felt familiar. I turned up the volume.

The words flowed over me like a warm blanket.

My car was filled with the presence of God. My eyes blurred with tears as He comforted me. It was okay that I didn’t have words to pray. God was listening to the prayers of my heart. He heard and knew the words I did not yet know myself. 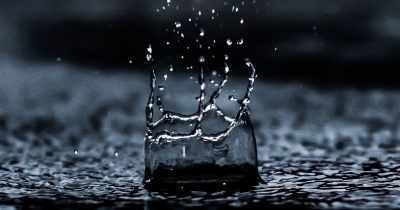 That day, and for months after, I felt the tangible presence of God more closely than any other time in my life. While the storm of cancer raged, His peace poured down like rain.

The trials in life can often look like storms or furious squalls. Like the disciples, we must learn to have faith and keep our eyes on Him. When I am still and trust in the knowledge that He is in the midst of the storm, there is peace. There is nothing more wondrous than being washed in the rain of God’s reign.

The song on the radio was Word of God Speak by Mercy Me.