A friend once told me she woke up late one night and felt overwhelmed to pray for a woman. She had no idea who the woman was, other than she lived in a hut in Africa. My friend was a prayer warrior who taught me spiritual battle is won on our knees. Although I have never felt burdened to pray for a stranger in Africa, I have felt called to pray for a woman I met in Mexico. 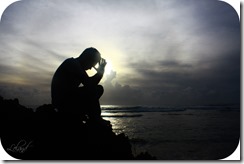 I was with a church group in an area of the Tijuana Mexico marketplace on a late evening. Although it was quiet when we arrived, our interpreter had told us it would get busy. He had spent many hours in street ministry and sharing the gospel in this community that he belonged to. For the majority of our two-week mission trip, he helped us with navigation and interpreted.

Although I had a part in one of the non-verbal skits, this night I was in charge of the babies. Several from our group had children that helped when appropriate. I had one of the three babies in the group. I stood by the strollers of the sleeping babies that were lined up next to a building. Another woman from our group stood with me and we were silently watching and praying.

It wasn’t long before a crowd formed around our group. From my location, I had a great view of the back of the growing crowd. One young woman approached the crowd, but did not join it. She noticed me and flashed a nervous smile. When I smiled back she pointed at the babies and at me. Despite our language differences, we communicated. “No, no” I told her. “Only this one is mine.” and I pointed to my sleeping son, and back to myself. She looked relieved for me, and we laughed. I pointed back to my son and in   both English and my best effort at Spanish said “Alexxander, Alejandro.” The young woman became excited and patted her chest and said “Alejandra! Alejandra!”

We stood together and watched the skit that began. As music played the amateur group of actors threw their hearts into a performance of actions. The message they displayed began with sin, suffering and hopelessness; and ended with love, hope and redemption. Despite having seen the skit several time before, this night was different. Standing next to Alejandra I was overwhelmed by the depth of sin, and filled with the hope and love that is only found in Jesus Christ. Although we spoke different languages, Alejandra and I communicated that night. We used motions. We spoke words of broken English and Spanish.

As we stood together, bonding over the truth that was projected from the performance, I began to see Alejandra differently. She had a beautiful smile that caused her eyes to light up. She wore a short tight skirt that looked too small, and a tight summer tank top. She would occasionally give a nervous look over her shoulder. When I followed her gaze, I saw a man standing away from us. He shuffled his feet with his own nervousness, while watching her. He looked away only to flick the ashes off his cigarette.

The interpreter joined us. With a quick nod in the direction of the man, he assured me that everything was okay. He told me the man would wait for the girl without interference. She would be allowed to watch what was going on, talk to us, and even pray if she wanted. I told him her name was Alejandra, and they began to speak in their language. As they talked, I noticed Alejandra began to cross her arms and was visibly shivering. Despite the noise around me, I heard a whisper. “When I was cold, did you clothe me?” I knew what I was to do.

I hadn’t immediately noticed the chill of the evening under my layers and favorite sweatshirt. I asked Alejandra if she had a jacket. She waved me off and said she was fine. I did not accept her answer and began taking off my sweatshirt. When I pushed it at her, she refused. I insisted and explained God had just told me to give it to her. He showed me she was cold, and He is a God that can meet your needs if you trust him. There was a new softness in Alejandra’s eyes, and yet she could not accept the free gift. I insisted and told her I knew it was God that directed me as it was my favorite sweatshirt. She laughed, but still refused. She argued that she could not take it because I would get cold. My friend that had been standing with me by the babies quickly dug in the bottom of a stroller, and emerged with an extra sweatshirt she had brought. 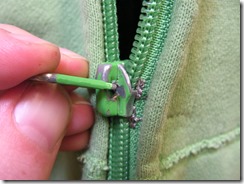 Alejandra would not put my sweatshirt on until I put on the one from my friend. With the help of the interpreter, I explained to her that salvation through Jesus was a free gift from God. I had the privilege to lead her in a prayer to accept Jesus as her savior. We cried together and we hugged. I watched her hug the new sweatshirt she wore, as she walked away with the man who had been waiting.

It has been 17 years since I watched Alejandra walk away. I have prayed for her many times over those years. I have wept for her in prayer. I have prayed my hopes for her to be safe and living her life for the Lord. I have prayed for the man she walked away with. Yes, my friend was right. Spiritual battles are won on our knees!