Many Christian parents are cautious over what movies their children watch and what books they read. This is especially true for materials containing magic or sorcery of any kind. If you have been around for much of our homeschool and parenting journey, you know we encourage quality books. With all that said, you may be wondering why I allowed my Christian kids to read Harry Potter. 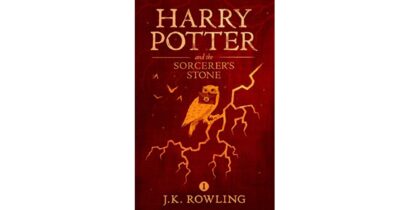 For a number of years, my kids did not show any interest in the Harry Potter series. They had heard of it and knew they were not books on our list. That’s how it was, and they did not question it.

If you are unfamiliar with the books, Harry Potter is an orphan living with his aunt and uncle. The first book begins as he turns eleven, learns he is a wizard, and is accepted into the Hogwarts School of Witchcraft and Wizardry. While settling into the school, he begins to learn he’s famous in the wizarding world.

Author J.K. Rowlings weaves an enthralling fantasy world with a struggle of good vs. evil. The wizarding world that coexists with our own, or the muggle world as the book refers, holds characters reminding me of fantasy I would find from Tolkien’s Hobbit. Harry is raised in the muggle world until the age of eleven. His treatment by his muggle family and the extensive details in the storytelling are reflective of an intricately woven tale by Dickens. With each new book in the series, the plot becomes progressively dark as evil attempts to overcome. 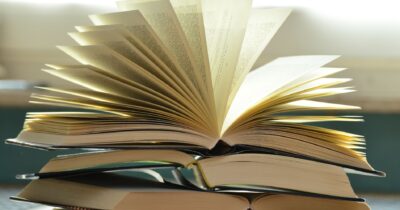 Several years ago, my son began to ask to read the series, and I declined. When the series was originally written I was fascinated with how the author wrote the books in a way that seemed to grow with the reader. At the time of my son’s request, he was not at an age to read all of the books. I knew he would want to read the entire series once he started.

It was several years before the notion of reading Harry Potter was again mentioned by my son. While discussing the importance of choosing quality titles, he asked if he could read the series yet, or wondered if he had to wait a few years until he was off to college and away from home. Thankfully he flashed a smile indicating he knew it was a sneaky idea.

As all of my kids had reached a higher level of maturity, we began the series as a family read-aloud. After reading each book, we watched the companion movie.

As I expected, my kids were eager to read each new book in the series. By waiting until they were a bit older, they were able to progress through the books and enjoy the fascinating fantasy world. They were in stitches over the humorous antics of the Weasley twins and were delighted with the wonderful character development throughout the book. When the students of Hogwarts began learning spells, my boys were sure they recognized words from their Latin studies and began searching for translations. If you’re interested, they discovered many were Latin and some Sanskrit.

I chose to let my kids read this series when I felt they were old enough. We read it together so we could discuss any questions or concerns. At no time did anything arise that challenged their faith. They were not allowed to watch the movie before the book was read, which prepared them for the darker scenes in the later books of the series. It also resulted in some interesting conversations as they anticipated how filmmakers would recreate some scenes of the wizarding world.

With any reading choice, it’s important to apply discernment. I pre-read any title I’m unsure of to determine if the content is appropriate and at my child’s level of maturity. As my kids are getting older, I have chosen to allow some controversial titles. We read the books together and discuss the content. My kids are developing their own discernment over the quality of the materials they read and see, which has resulted in some great conversations.

If my kids choose a college path, they may be required to read some books that do not line up with our beliefs or standards. It’s important to nurture discernment in older children. By reading books with them now, even the controversial titles, I’m able to help them navigate through questions and concerns. That is why I allowed my Christian kids to read Harry Potter, and they thoroughly enjoyed the series.